The city of Ulcinj is located on the very south of Montenegro, with a length of 15 km, the beach is spreading out up to the Albanian border.
The very mild subtopic climate and an average temperature of 16 C, make the city suitable for tourists from all over the world starting April up to November.

Most popular places of the city:
The most attractive part of the city is the Citadel of Ulcinj, which was almost totally ruined during the severe earthquake in 1979. The Citadel has been renewed, so there is almost no evidence of earthquake damages. 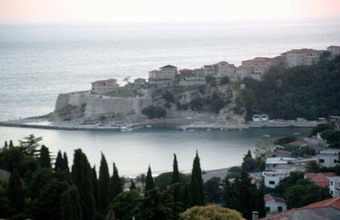 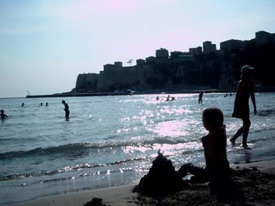 Ulcinj is one of the oldest cities on the Adriatic cost, with an ancient history and tradition.
Traces of the early colonies found in the area confirm that Ulinj is a prehistoric city, settled by Illyrians tribes with Indo-European origin.
The Old city of Ulcinj is founded by the Colchidians, approximately at the 5th century BC.
Ulcinj is not famous only as a holiday city, but as well as a place where many diseases might be treated, due to the fact that the sea is rich of minerals, sulfur, iodide, salt and  healthful mud. So, the area acts like an extraordinary natural spa, known worldwide. 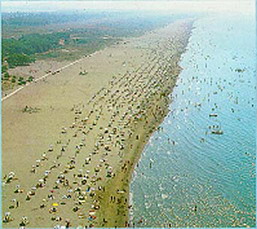 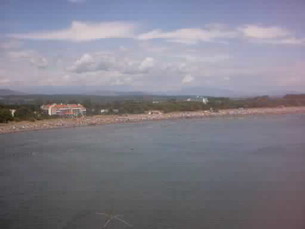 Prof. Noht, the manager of the Institute of Tropic diseases in Hamburg, upon his visit in Ulcinj said: “In all my life, I have not ever seen a sky with so many bright stars, as in Ulcinj”.
Prof. dr Lemoch, the head of the European society of Skin diseases and Rheumatism, declared that Ulcinj from therapeutic point of view has a great future in the years to come.
The world famous scientist Mihailo Pupin, in 1910 has asked the Montenegrin Minister of Interior permission for founding a Healing sanatorium for treatment of different kinds of diseases.At the end of the fine sanded Big Beach (13 km), in the middle of the right branch of the river Bojana, the nudist island of Ada Bojana is situated.

Ada Bojana is a real paradise, oasis of silence for those who like a naked touch with the nature. 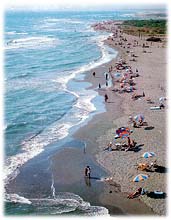 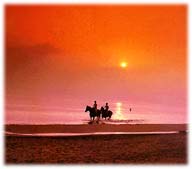